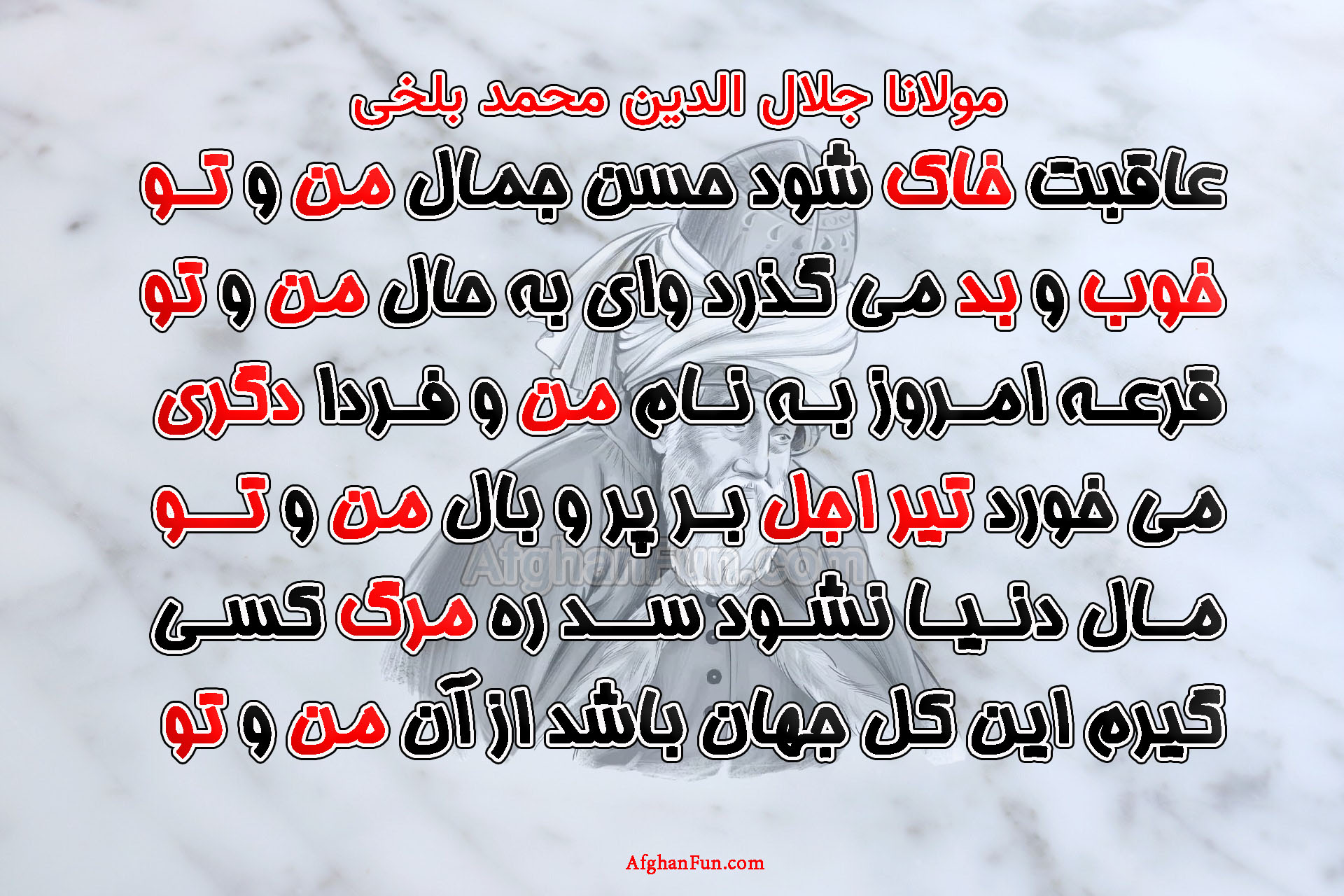 Jalāl ad-Dīn Muhammad Rūmī (Persian: جلال‌الدین محمد رومی‎), also known as Jalāl ad-Dīn Muhammad Balkhī (جلال‌الدین محمد بلخى), Mevlânâ/Mawlānā (مولانا, “our master”), Mevlevî/Mawlawī (مولوی, “my master”), and more popularly simply as Rumi (30 September 1207 – 17 December 1273), was a 13th-century Persian poet, Hanafi faqih, Islamic scholar, Maturidi theologian, and Sufi mystic originally from Greater Khorasan in (Today Afghanistan). Rumi’s influence transcends national borders and ethnic divisions: Iranians, Tajiks, Turks, Greeks, Pashtuns, other Central Asian Muslims, and the Muslims of the Indian subcontinent have greatly appreciated his spiritual legacy for the past seven centuries. His poems have been widely translated into many of the world’s languages and transposed into various formats. Rumi has been described as the “most popular poet” and the “best selling poet” in the United States.