Asif Jalali “world trip joke”, known as “Kaka Asif”, was first broadcast by Ariana TV in the early days of his artistic work, more commonly known as “Kaka Asif”.
Mohammad Asif Jalali born in Kapisa province and growd up in Logar province was a satirist and television presenter. He was the host of Shabkhand, Dam-Ba-Dam and at later Khandestan.

Mohammad Asif Jalali, a famous Afghan comedian passed away due to cardiac arrest at a hospital in Kabul city on wednesday January 01.2020.

He was a prominent figure of Afghan cinema and television and was famous for being a comic.

Mr. Jalali had hosted several comedy and entertainment programs in various media outlets across the country and had worked on several feature films as well. 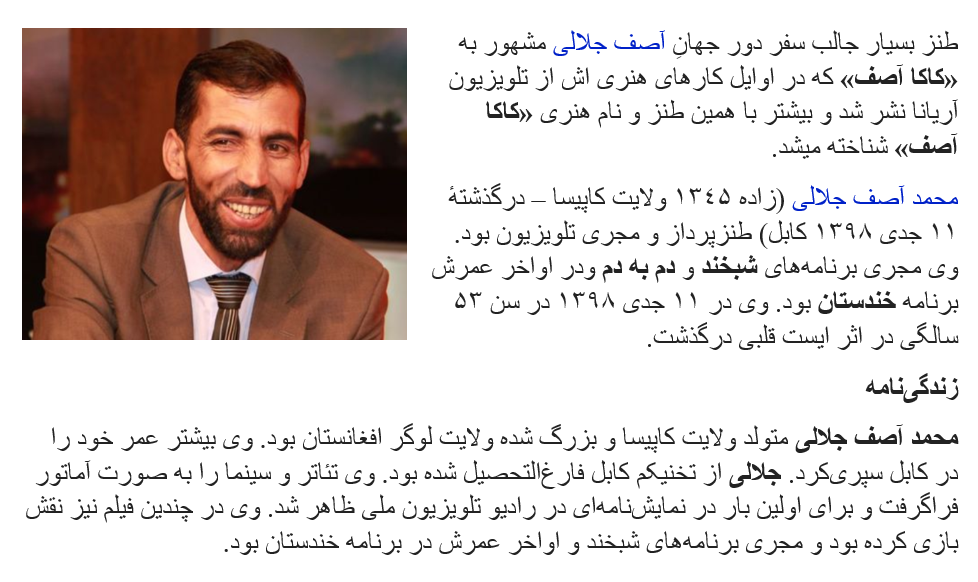